To share your memory on the wall of Eddie Herman, sign in using one of the following options:

There may be a delay while processing. Please do not click the back button or refresh while a payment is processing.

Your donation has been processed successfully

Mr. Herman loved spending time with his family, especially the grandchildren and great-grandchildren. He was a wonderful husband, father, and grandfather. He had many friends and enjoyed talking to everyone. He enjoyed working on antique cars especially his 65 Mustang with his son John and grandson Nick. He spent time with all his grandchildren giving them the best advice he could but always with love and they loved him for it.

In addition to his parents, he was preceded in death by Sister- Mary Certain of Liberty, TN and Grandson- Michael Ferm of Blair, NE.

To send flowers to the family or plant a tree in memory of Eddie Wayne Herman, please visit our Heartfelt Sympathies Store.

Receive notifications about information and event scheduling for Eddie

You will receive any future notification messages.
Print

We encourage you to share your most beloved memories of Eddie here, so that the family and other loved ones can always see it. You can upload cherished photographs, or share your favorite stories, and can even comment on those shared by others.

Posted Jun 06, 2020 at 08:40pm
Eddie was a very special family man. He devoted his time making sure his family was happy and well loved. A kind man and always had a joke to tell you, he had that laugh about him that would bring a smile to your face. A “Beautiful Family Man with a Beautiful Family. May God hold you in his arms till we all get to see you again. Love you Eddie, Linda, Cindy, John and Cristy
Comment Share
Share via:
CR

Posted Jun 06, 2020 at 07:08pm
My thoughts and prayers are with Linda and the entire family. Eddie was a good man and he will be missed.
Comment Share
Share via:
DL

Posted Jun 06, 2020 at 03:17pm
Eddie, was our Brother In law and he was a good one too! He was always witty and you never new what he might tell you to make you laugh. He will be missed and I know the family will miss him to as we will miss him. Rest in peace Eddie your work on earth is done. Enjoy spending time at the Fathers feet. We will see you again someday.
We Love You, Danny &Mary Luna
Comment Share
Share via: 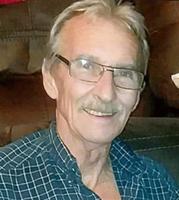 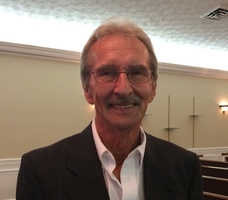