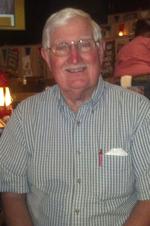 William “David” Cole,79, of Sparta, TN passed away at surrounded by family, Sunday, March 8, 2020. He was born on March 25, 1940 in Sparkman Town, TN to the late Willard Allen and Adalene McCormick Cole.

David was a loving Husband, Father and Friend. He had a passion for old vehicles and antique tractors. He was an inventor and problem fixer with machinery. He enjoyed watching Nascar races, ME TV and RFD- TV in his down time. He loved his church community and taking care of Jericho Cemetery.

In addition to his parents, he was preceded in death by his; Daughter- Lee Ann Cole

The Funeral Service will be Wednesday, March 11, 2020 at 1 p.m. Oak Lawn Funeral Home with Robert Burton, Doug Goff and Doyle Crawford officiating, with burial to follow at Oak Lawn Memorial Cemetery. The family will receive friends on Tuesday, March 10, 2020 from 4 p.m. to 8 p.m. at the funeral home.

In Lieu of Flowers, the family wishes donations to be made to Jericho Cemetery.

Online condolences may be made to the family at oaklawnmemorial.com
.com

All rights reserved. This obituary is also archived at obittree.com