To share your memory on the wall of Pamela Ruttledge, sign in using one of the following options:

The gesture that can change the world

The Funeral Service will be held on Tuesday, February 11, 2020 at Central Church of Christ in Sparta, TN at 11 am with Christopher... Read More
Pamela Jane Ruttledge,74, passed away Friday, February 7, 2020 at home surrounded by family and friends.

The Funeral Service will be held on Tuesday, February 11, 2020 at Central Church of Christ in Sparta, TN at 11 am with Christopher Wiles officiating, burial will follow at O’Connor Cemetery. The family will receive friends on Tuesday from 10 am till the time of the service.

Pam was born in Portland, Oregon on September 8, 1945 to the late Oran and Virginia Denhard, the older of five children. She graduated from Sandy Hugh School and continued to earn a degree at Oregon Health and Science University. During her 46-year career in health care, she specialized in X-ray and Mammography, eventually retiring from a supervisory position in 2011.

In December 1984, Pam married Dwight Ruttledge (USAF). Dwight and Pam, along with their beloved family, were then stationed in Germany where she worked in a NATO hospital. After Dwight retied from the military in 1989, the family relocated to Satellite Beach, FL where Pam worked at Holmes Regional Hospital.

Throughout her life, Pam’s passion was creating. She became an exceptional quilter and painter. She also loved kayaking the Florida waters and traveling. While vacationing in Hawaii, Pam “conquered her fear” by parasailing for the very first time and looked forward to doing it again.
In December 2018 the Ruttledges moved from Florida to Sparta, TN, where they enjoyed lots of extended family.

In addition to her parents, she was preceded in death by her Sister Gretchen Denhart in 2000.

In Lieu of Flowers the family wishes donations to be made to American Cancer Society.


Online condolences may be made to the family at oaklawnmemorial.com
Read Less

To send flowers to the family or plant a tree in memory of Pamela Jane Ruttledge (Denhart), please visit our Heartfelt Sympathies Store.

We encourage you to share your most beloved memories of Pamela here, so that the family and other loved ones can always see it. You can upload cherished photographs, or share your favorite stories, and can even comment on those shared by others.

Posted Feb 10, 2020 at 09:43am
Wish I could attend the service in person, but I will be there in spirit for sure. I will never forget our experiences on the Holmes Mobile Mammography van, and much later in life, our trips to go blueberry picking and closing up the old Doubles to get ready for the new one. Pam was and is everything I aspire to be; uplifting, kind, empathetic to patients, brave, funny, and so creative especially with her quilts. I have known her for 30 years and she is unforgettable. She really made a difference in our lives.
Comment Share
Share via:
HS

Your Light Shines was purchased and planted a memorial tree for the family of Pamela Ruttledge. Send Flowers 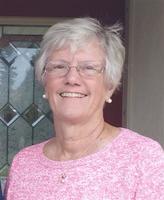 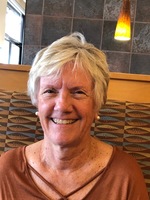