To share your memory on the wall of Michael Holeman, sign in using one of the following options:

There may be a delay while processing. Please do not click the back button or refresh while a payment is processing.

Your donation has been processed successfully

Print
Michael Wayne Holeman, 53, passed from this life to his heavenly home on January 7th, 2020.

He was preceded in death by his father Ozzie Holeman and sister Linda Sabaj.

He is survived by his son Logan Holeman of Pryor, Okla... Read More
Michael Wayne Holeman, 53, passed from this life to his heavenly home on January 7th, 2020.

He was preceded in death by his father Ozzie Holeman and sister Linda Sabaj.

He is survived by his son Logan Holeman of Pryor, Oklahoma, step-daughter Leslie Cravens of Sparta, his mother George Ann Holeman of Sparta, brother Mark Holeman and wife Janet of Franklin, nieces Colleen and Casey Holeman of Franklin, and sister Beverly Logue and husband Bruce of Merced, California.

Michael was born in Louisville, Kentucky March 8th, 1966. He was a 1984 graduate of White County High School in Sparta, Tennessee. He loved to work and had a strong work ethic. He was the youngest DJ in White County Tennessee starting his work life at the age of 15 at WUCR AM in Sparta. Known as “Brad Michaels” he continued to work with radio through his teen years. He had a fulfilling career in retail management and sales until he was fully disabled by Multiple Sclerosis (MS). His great joy in the last several years was his calling to love and lead the youth at Cumberland Heights Church of Christ.

Michael never let his struggles or later in life his disease (MS) define or limit him. He chose to live by faith in His Lord and Savior Jesus Christ who rescued him from the disease of addiction and gave him over 30 years of sobriety. Diagnosed with Multiple Sclerosis in 2005 he chose to lean on his faith as he lost mobility and dealt with other debilitating issues from his MS. While he was confined to a wheel chair these last few years he was determined to serve with joy and a smile. Michael is now walking and running with Jesus.

A memorial service for Michael will be on Sunday, January 12th at 6:30 pm at Cumberland Heights Church of Christ in Doyle, Tennessee with Doug Downs officiating.The family will receive friends prior to the service from 5:00 pm to 6:30 pm.

To send flowers to the family or plant a tree in memory of Michael Wayne Holeman, please visit our Heartfelt Sympathies Store.

Receive notifications about information and event scheduling for Michael

You will receive any future notification messages.
Print

We encourage you to share your most beloved memories of Michael here, so that the family and other loved ones can always see it. You can upload cherished photographs, or share your favorite stories, and can even comment on those shared by others.

Flowers were purchased for the family of Michael Holeman. Send Flowers 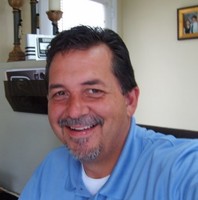