To share your memory on the wall of Eric Luna, sign in using one of the following options:

Staff Sergeant Eric Luna was a retired veteran of the Tenn. Army National Guard with 21 years and 7 months of service to his country. He began his military career at the McMinnville Armory as a medic then transferred to the Sparta Armory as a Non-Commissioned Officer (NCO).6 months after having major brain surgery he served overseas for several months in Operation Iraqi Freedom with the 278th Armored Calvary Division to stand along side his band of brothers to help fight for the freedoms that we all have today.

Prior to his military service, Eric worked as a CNA at NHC of Sparta and NHC of Cookeville and in home health care. At times he worked three jobs at once to provide a better life for his family. He was dedicated to God and was a member of Doyle Church of Christ. He enjoyed preaching the gospel and loved studying the Bible. He never met a stranger and you could always count on him for anything. He was an avid deer hunter and enjoyed being outdoors in the mountains. He loved his family with all his heart, and he was a great example for his children. He loved his grandchildren and his smile would light up a room when they were all together. He had a great sense of humor and would always pick on you. To know him was to love him. He was a strong believer in showing that he cared. He was good to everyone he met. Eric believed that if you love someone you should show and tell them every chance you’re given, and you could always count on him for a warm hug. He was a true example of a “God, Country and Family” man. He will be truly missed.

To send flowers to the family or plant a tree in memory of Eric Lynn Luna, please visit our Heartfelt Sympathies Store.

Receive notifications about information and event scheduling for Eric

We encourage you to share your most beloved memories of Eric here, so that the family and other loved ones can always see it. You can upload cherished photographs, or share your favorite stories, and can even comment on those shared by others. 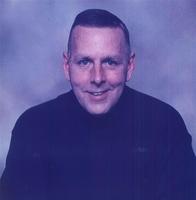