To share your memory on the wall of Charles Coffman, sign in using one of the following options:

Provide comfort for the family of Charles Coffman with a meaningful gesture of sympathy.

Print
Charles Edward Coffman,81, of Sparta, TN passed away Thursday, October 10, 2019 at his home surrounded by family. Mr. Coffman was born on Saturday, June 11, 1938 to the late Vader and Lela Hawkins Coffman in Livingston, TN.

In addition t... Read More
Charles Edward Coffman,81, of Sparta, TN passed away Thursday, October 10, 2019 at his home surrounded by family. Mr. Coffman was born on Saturday, June 11, 1938 to the late Vader and Lela Hawkins Coffman in Livingston, TN.

In addition to his parents, Mr. Coffman was preceded in death by his; Wife- Linda Ruth Rittenberry Coffman, and Daughter- Rhonda Caldwell of Sparta, TN.

Provide comfort for the family by sending flowers

We encourage you to share your most beloved memories of Charles here, so that the family and other loved ones can always see it. You can upload cherished photographs, or share your favorite stories, and can even comment on those shared by others. 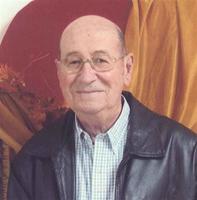